Local elections used to be about voters giving the Governing Party in Westminster a bloody nose. For eight years (2010-2018), the Conservatives skilfully avoided this annual humiliation. No longer. Yesterday, the voters returned to form and took a big swipe at our pitiful Government.

With not even half the votes counted, the Tories have already lost over 400 Councillors, with many more anticipated over the coming hours. But voters haven’t flocked to the main Opposition Party – Labour have suffered losses too. And in some of their northern heartlands, like Sunderland and Hartlepool, the swings against them have been substantial.

These local elections haven’t been about street lights or potholes – they’ve been overshadowed by Brexit. Canvassers from all parties report angry voters: some angry that we still haven’t left the EU; others that we are continuing to try. The European elections, later in May, look set to be even worse for the Tories and Labour, when the new Brexit and Change UK parties enter the fray.

The main beneficiaries yesterday were the Lib Dems. They were always going to make gains because they were starting from such a low base – these elections were last fought on the day of the General Election in 2015. But some of their wins have been staggering. Councils that were solidly blue yesterday are solidly yellow today. The Lib Dems have already won 8 Councils including Bath, Chelmsford and the Vale of White Horse with more gains expected as counting resumes today.

The Greens and Independents have also made significant gains, helping to shift more Councils into No-Overall Control territory.

The results are going to have a significant impact on the planning and development environment, particularly in the districts of the south outside the main conurbations, where these elections were mainly fought.

The planning system was in the process of settling down. The NPPF was imposing housing numbers through the Local Plan process. Reluctantly, Tory Councils were slowly adopting local plans, often in the face of widespread public opposition. Many of the successful Independent and Green Councillors (and some Lib Dems) have been elected on passionate anti-development platforms and many will now be in positions of power. How these Councillors take forward local plans and manage planning applications is going to have a big impact in determining how and where homes get built. It is also likely to increase the conflict between local and central governments, as rebel councils frustrate the process. 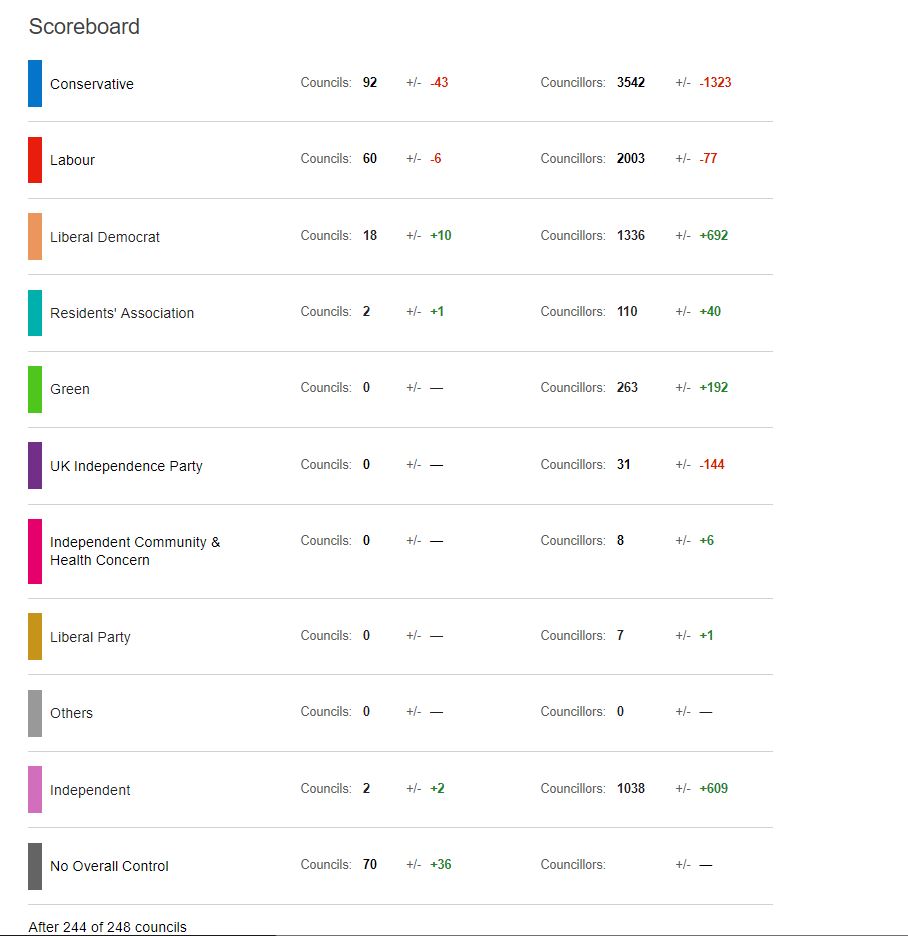